Gunther Mele Ltd., best known as packaging experts specializing in jewelry packaging and storage solutions, bags and gift packaging, offered ceramic and pottery items during the 1970s and into the 1980s. The most successful items were the “Beaver Beaus”, which were collectible ceramic figurines depicting Canadiana.

Gunther Mele was established in 1857 by two German immigrant brothers and was originally named the E&A Gunther Company. In 1962, a great-grandson of the founders was killed in an automobile accident after leaving a trade show. His widow sold the company to Mele Manufacturing Company of Utica, New York. In 1987, Douglas M. King, who is the current owner and CEO, purchased Gunther Mele from Mele Manufacturing. — Wikipedia Gunther Mele 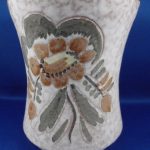 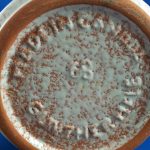